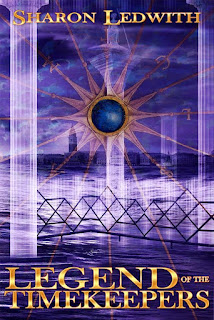 
EXCERPT
“Why are you here?” Lilith asked. “You’ve already got your life seal.”

“I have more questions for Istulo.” She continued to stare at the disk.

Lilith sighed. “My name is Lilith. What’s your name?”

Her shoulders relaxed slightly. A hint of a smile broke out on her face. Her upturned nose wiggled. “She-Aba. I was born here in the Black Land. Both my parents arrived from Atlantis fourteen years ago yesterday. My mother gave birth to me the next day.”

Lilith perked up. “That would make today your birthday!”

She-Aba beamed. “Yes. That’s why I’m here. For my birthday last year, I had my life reading done by Istulo. But recently, there’s been a hiccup in my plans. It’s like my life seal rearranged itself, and now I’m confused. I’m here for a reaffirmation.”

She-Aba traced her life seal with the tip of her perfectly shaped fingernail. “My lifetime occupation was supposed to be to design clothing for the people of the various positions in the court and temples.”

“I know, right? So why, all of a sudden, would my life seal change from designing clothing to something completely different?”

“Well, instead of clothing people in lavish robes and gowns for others to appreciate, the seal suggests that I’ll be doing the opposite by covering up and hiding the truth. I don’t understand it at all. I thought my life was all planned out for me.”

“I thought mine was too, until my country blew up and slid into the ocean,” Lilith muttered.

“Hey, look at the bright side, at least your hair isn’t red like mine.”

Lilith eyed She-Aba carefully. “What’s wrong with red hair? My uncle has red hair and it suits him fine.”

She-Aba moved in closer. “If you haven’t noticed already, there aren’t many redheads around here. The natives think red is magical, and anyone with red hair is considered a freak of nature.”

“That’s ridiculous!” Lilith said loud enough to cause an echo down the marble hallway. “Is that the reason why those artists were rude to you? Because you have red hair?”

“Red is a very powerful color,” a raspy voice said from behind both girls.

Lilith and She-Aba jumped. They slowly turned to find Istulo hovering over them.

Wearing the same white gown and orichalcum headband Lilith saw her dressed in before, Istulo nodded slightly before she said, “Red represents the essence of life—if we are drained of blood, we are drained of energy. The people of the Black Land understand this, and therefore red is reserved only for their gods and goddesses.”


And now for a great giveaway!
One winner takes it all, including the handcrafted necklace pictured here. 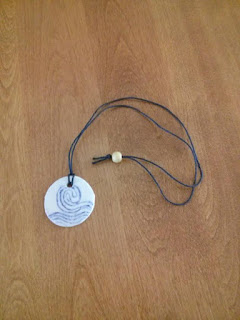 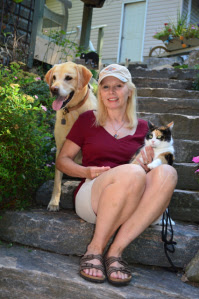 Sharon Ledwith is the author of the middle-grade/YA time travel series, THE LAST TIMEKEEPERS, available through Mirror World Publishing, and is represented by Walden House (Books & Stuff) for her teen psychic series, MYSTERIOUS TALES FROM FAIRY FALLS. When not writing, researching, or revising, she enjoys reading, exercising, anything arcane, and an occasional dram of scotch. Sharon lives a serene, yet busy life in a southern tourist region of Ontario, Canada, with her hubby, one spoiled yellow Labrador and a moody calico cat.

Learn more about Sharon Ledwith on her website and blog. Stay connected on Facebook and Twitter, Google+, and Goodreads. Look up her Amazon Author page and her Amazon Author U.K. Page for a list of current books. 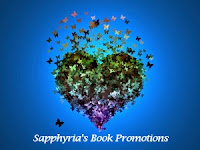 Blog tour and Rafflecopter Giveaway arranged by
Sapphyria's Book Promotion.
Posted by Sloane Taylor at 12:30 AM