IT'S ALL ABOUT THE CAKE 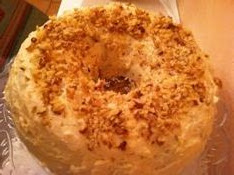 One of the finest inventions known to man.

Unfortunately, too often cake is a second thought; a mere conveyor of mounds of icing and cute decorations. In the interest of cake, and understanding the fact that few of us have time to make the confection from scratch, here’s a simple way to – I can’t help it – have your cake and eat it too.

This recipe was created by my foster son Troy who is working hard to become a pastry chef.

Mix the cake as directed on the box.

Finely chop the walnuts. You can also use a food processor. The idea is to reduce them to tiny pieces. (It’s the oil in the walnuts that makes the cake rich.)

Stir the walnuts and mini chocolate chips into the batter, pour into prepared pans, and bake according to the directions on the box.

You can eat the cake plain, or decorated as Troy has done to his masterpiece.

We like a not terribly sweet vanilla buttercream. Use whatever frosting works for you or plop on a dollop of fresh whipped cream.

Just remember, it’s all about the cake.

While you enjoy a slice of the delicious cake you've created, how about a glimpse into my latest novel? 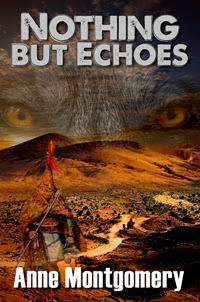 The past and present collide when a tenacious reporter seeks information on an eleventh century magician...and uncovers more than she bargained for.

In 1939, archaeologists uncovered a tomb at the Northern Arizona site called Ridge Ruin. The man, bedecked in fine turquoise jewelry and intricate bead work, was surrounded by wooden swords with handles carved into animal hooves and human hands. The Hopi workers stepped back from the grave, knowing what the Moochiwimi sticks meant. This man, buried nine hundred years earlier, was a magician.

Former television journalist Kate Butler hangs on to her investigative reporting career by writing freelance magazine articles. Her research on The Magician shows he bore some European facial characteristics and physical qualities that made him different from the people who buried him. Her quest to discover The Magician’s origin carries her back to a time when the high desert world was shattered by the birth of a volcano and into the present-day dangers of archaeological looting where black market sales of antiquities can lead to murder.