Slip into the Naughty Side of Marci Boudreaux

Well, it's about time! nagged the little voice in my head. I've been fairly focused on my sweet contemporary romances, but my naughty side just had to peek out. This short story was part of the At Her Service anthology released earlier this year. The series is no more, and all our stories are now available as individual titles. Including this spicy little number by my sultry side Emilia Mancini.

In Eyes of the Wolf, Private detective Jake McDonnell has been hired to make sure Maria Rodriguez isn't involved in illegal activities. He's certain she's on the up and up until he catches her heading to the seedier side of town. He follows, curious why she'd be walking into a dimly lit warehouse. What he discovers will leave his senses reeling and his body aching. 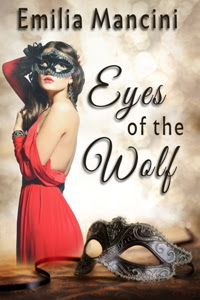 As much as I didn’t want to believe Maria was involved in illegal activities, good, honest people didn’t hang out in the warehouse district on Friday night.

I sat in the car watching her walk through what could easily pass as the worst part of town to a door that didn’t even have proper hinges or a knob. She knocked. The thin piece of metal scraped the ground as it opened. She spoke to a man in a suit and tie, then disappeared inside.

I tapped my fingers on the steering wheel debating. She’d tell her mother to fire me if I tried to follow her. But, hell, I’d be out of a job anyway if she were murdered by gang members. Driving into the shadows, I parked and rushed to the door.

The metal sheet scraped open at the sound of my knock and a man looked me over. “Password?”

He jerked his head toward the darkness behind me, silently telling me to get lost.

I pulled my wallet out, and he chuckled. “You don’t have enough in there to get by me. Get outta here.”

As the door closed, I tried to get a glimpse inside but the only thing I could see was black cloth blocking the view inside the warehouse.

Maria was safe. At least I knew that. She was inside a secure building with a guy the size of a sumo wrestler blocking the door. Nobody was getting in that shouldn’t. That was only mildly comforting considering I had no idea who could get in.

Now that I knew she was in a secure location, I told myself to return to the car and wait for her. But if I didn’t have a clear report for Mrs. Rodriguez on what her daughter was up to—especially now that I had my doubts about Maria’s actions—I had a feeling the woman would have my balls in a jar.

Stuffing my hands in my pockets, I walked away casually, but the moment I neared the corner of the building, I glanced back. No one was in sight, so I rounded into the dark-as-fuck alley and pulled my keys from the pocket. The flashlight attached to my key ring was small, but efficient enough to keep me from tripping over discarded bottles and cans. I flashed the light over the side of the building as I went. Not a single damned window.

I was about to give up when a door farther down the alley opened. A guy came stumbling out and lit a cigarette. The lighter illuminated the mask covering the top half of his face. I was thrown for a moment, not expecting that, but then a woman came out of the door and threw herself at his back. She didn’t close the door behind her, letting light stream into the dimly lit passage.

I stood, motionless, not wanting to get caught. As I watched, the woman—also wearing a mask that hid the top of her face—pushed the man to the wall and dropped to her knees in front of him. 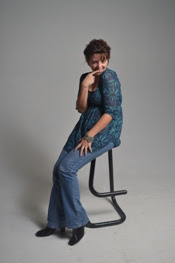 Emilia Mancini is the naughtier side to author Marci Boudreaux. Emilia stays hidden in the shadows like a nefarious side kick, slipping out only when the stories Marci wants to share are a little too grown up to be called sweet romance.

Seducing Kate is Emilia’s second release and, at least for the moment, her crowning glory.

Be sure to check out the Pinterest board for Seducing Kate.