Up Front and Very Personal with Sam Cheever

Greetings Sam. Thanks for joining me today. Let's get right to it. Where are you from? What is your writing name? 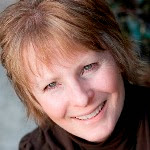 I write mainstream fiction as Sam Cheever and some would say I’m from Mars. But in actuality I grew up in a mid-sized town in Indiana. Kind of the same thing, actually.
I also write M/M romantic suspense and fantasy as Declan Sands.

As a child, who did Sam want to be when she grew up?
I always wanted to be a writer. I believe everyone is good at something, the trick is just finding out what that something is. #:0) I discovered at an early age that I had a knack with words. But I didn’t think I was going to be able to make a living writing. Then I found a degree program at a local 4 year college called Professional and Technical Writing. It was the happiest day of my life! I was able to use my BA degree in writing to offer my writing and editing services to Corporate America until I could get my fiction writing career underway. I feel very blessed to have been able to do what I both love and have a skill for.

Tell us about your first book, the highs, the lows and the unexpected.
My first published work was ‘Tween Heaven and Hell, a fast paced paranormal romance about angels and devils in a futuristic world. I wrote the initial draft as a weekly serial, one chapter a week, for a few dozen subscribers. When it was complete I sent it out to several publishers and received an acceptance from Ellora’s Cave a few weeks later. It was very exciting!

What do you find the most difficult to write? Dialogue? Back story? Emotion?
Probably back story. I try really hard not to do info dumps in my stories so I have to use different tactics to flesh out the plot with the necessary information. Writing series fiction, which I tend to do a lot of, makes that both easier and harder. It’s obviously easier for readers who have read the other books in the series to keep up with the relationships and stories that have shaped them, but readers who start in the middle or end of the series need to feel like they know what’s going on too. I solve the problem by making all the books standalone, and then including self-contained information snippets that tie them together as the story unfolds.

What was the best piece of advice you were given in regard to your writing?
Nothing earth shattering there…the advice is the same for everybody…just keep writing. Much easier said than done as you get rejection letter after rejection letter. But the only writers who eventually make it big are the ones who believe in themselves enough to keep slogging through all the disappointment and criticism. It ain’t easy! But if you truly believe you’ve got what it takes, hang in there, keep writing, it will come, grasshopper.

I see you are published with many houses, Sam. How important is it to diversify your publishers in today’s market?
Extremely important. Each house has a specialized, target market where they sell most of their books. For example, Ellora’s Cave obviously has a big chunk of the erotica market and Changeling Press writes hot, short, serialized fiction. Once you figure out what a house’s market is, you can tap into it and broaden your audience. And since most readers tend to read across genres, you can often draw readers across publishers once they’re familiar with your work.

What is your strangest writing habit?
I write in snippets on multiple projects at once. Many writers sit down in the morning and just crank out an allotted number of words on a single project or even a couple. I might have six projects going at any given time and will write a couple thousand words on 3 or 4 of them, sometimes moving back and forth between two or three of them in the space of a single day.

How do you avoid interruptions?
Avoid them? I embrace them! If something has managed to interrupt me it’s probably because I’m stuck on a plot point or have exhausted my creative energy for that moment. I’ll usually take a break and then come back to it. It works for me.

What is one problematic area you have with your writing and how do you fix it?
Occasionally I neglect to describe my characters. #:0) I see them so clearly in my mind and forget the reader doesn’t know them like I do so I think I just take it for granted they know what they look like. Har! It’s now on my list of things I look for in rewrites but, if all else fails, thank goodness for my editor!

Do you have critique partners or beta readers?
No on both counts. I’m a loner when I work. I don’t share my toys in the sandbox very well. It’s just never been something I’ve sought out. The biggest problem for me is timing. I write to a tight deadline and as soon as I finish a book I generally send it off to my editor. I don’t like to wait for others to provide feedback. I trust my editor to find what others would find and, working together, she and I usually turn out a pretty clean book.

You bring a wicked sense of humor to your books - is this you or just your characters micromanaging you..
Alas, I’m afraid it’s me. I can’t seem to help myself. In fact, my characters sometimes beat me upside the head for the situations I put them in. But that’s a big mistake. I have one of those contrary personalities and I’m likely to torture them even more if they complain. hehehe

Click Amazon to read excerpts from books by Sam Cheever.

USA Today Best Selling author Sam Cheever has published 50+ books of romantic suspense and fantasy/paranormal. Her books have won the Dream Realm Award for fantasy and The Swirl (interracial romance) Award. They've been nominated for and/or won several CAPAs, have been nominated multiple years for “Best of” with LRC and The Romance Reviews, and have won eCataromance’s Reviewer’s Choice award. Sam is published with Musa Publishing, Changeling Press; and Ellora’s Cave. She also publishes as Declan Sands, writing m/m fiction, and under her own imprint, Electric Prose Publications.

In real life, Sam lives in a cabin in the woods with 13 dogs and one husband. A self-proclaimed dog-aholic, Sam insists she's holding at 13...maybe...

Learn more about Sam Cheever on her website and blog Eclectic Insights. Stay connected on Facebook and Twitter. You can also find Sam on Goodreads, her Amazon Author Page, and About. Me.
Posted by Sloane Taylor at 12:30 AM