The Bad Boys of Regret Hollow are BACK. That means an all new irresistible bad boy, loads of steamy romance, and a dash of small town shenanigans are coming your way. All books are standalone and can be read in any order. If you’re new to the series, you can dive into the first one, The Bad Boy’s Gift, for free at your favorite e-retailer. And for the month of October, book 2, The Bad Boy’s Guilt, is on sale for only $.99! 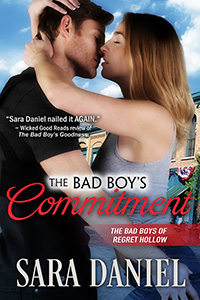 The Bad Boy’s Commitment
He’s supposed to be the town hero. He’s not!
Haunted by comrades he was unable to save, Drake Miller walks away from his military career for the relaxed, quiet life of running his father’s bar in Regret Hollow. Too bad no one tipped him off that his father sold the bar.
While the townspeople treat him to a hero’s welcome that he doesn’t want and doesn’t deserve, he finds one person who doesn’t fall at his feet, calls him out for bad behavior, and kisses like a fantasy. Unfortunately, she also owns the bar that was supposed to be his.
As a single mom and small business owner, Mallory Marquette takes her commitments and responsibilities seriously. She can’t give away her livelihood just because Drake thinks he’s entitled to it—even if he is the town hero and the first man in a decade who gets her blood flowing. Besides, she needs a reliable bartender much more than she needs a lover.
Can this hero turned bad boy step up to a lifetime commitment, or will the freedom he sacrificed so much for cost him everything?
EXCERPT
“Wait a second.” He held up a hand. “I know you. You’re the stuck-up high school princess who was too good to give me the time of day. Mallory Yates.” His lips curled into a sneer.

In what universe did a pizzeria waitress have anything in common with a princess? Whatever. She couldn’t reason with guys like him. She didn’t bother to correct him on her name, either. If not for Ryan, she’d have returned to the Yates surname after her divorce. “I don’t know what you’re talking about and neither do you, but thanks for showing me you’re still the same insensitive jerk you’ve always been.”

He laughed. “You’re ever so welcome, princess. Now are you going to spray me with that pepper spray or just intimidate me by waving it around?”

She glanced down at the tiny bottle in her fist. If the rumors about his capabilities were true, he could disarm her in the blink of an eye. Regardless, he sure wasn’t the least bit intimidated.

“Neither.” She shoved the canister in her back pocket and advanced on him. “I want you to think next time before you do something stupid.” She shoved his chest, which proved as solid and unmoving as a brick wall.

He grasped her hands before she could withdraw them, trapping them against his heat. His eyes glittered in the growing darkness.

“Sometimes thinking is overrated. I like to do and deal with the consequences later.” He lowered his head toward her.

No way. He wouldn’t. He had as much disdain for her as she had for him. She glared at him, refusing to call his bluff and pull away.

His lips pressed against hers, hard and demanding. He plunged his tongue into her mouth. She gasped as fire raced through her veins. Clenching her fingers around the fabric of his T-shirt, she met the demands of his mouth.

She refused to be intimidated just because he was sexier than sin and could kiss a hell of a lot better than anyone in recent memory or, um, in ever. Oh God, she couldn’t remember anyone else. She couldn’t even remember her own name.

A moan tore from her throat. She bit down on his lip then thrust her tongue, tangling it with his.

He bracketed her ribs, sliding beneath her jacket and the hem of her shirt then over her waist and up, cupping her breast. 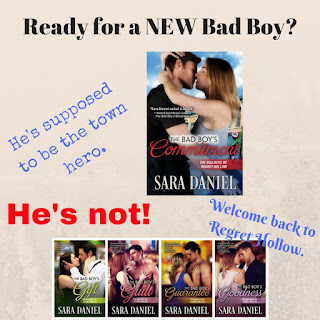 Holy hell. Who knew being groped could feel so good? With one touch, she nearly believed she could leave behind stress and responsibility and reclaim her femininity. “Fondle me, you bastard, and make it good.” 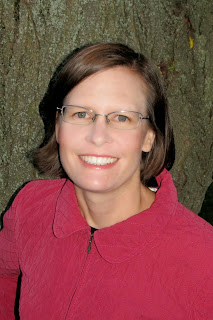