It’s Finally Here! A Groom for Mama has Released!

Hi! It’s Catherine Castle here, and I’m excited this week because my sweet romantic comedy, with a touch of drama, has been released! Our book babies never get old, do they?

Sloane gave her readers a peek at the cover and the blurb in August, and now I’m going to give you an excerpt and bit of background on this story.

The book originally started as a radio play that my husband and I wrote for a contest. The play was filled with lots of fast, quick dialogue, and humorous date situations. The judges thought it was funny, and the play made the finals, but didn’t win. So we put it aside as an exercise in playwriting. We were doing a bit of that at the time because we were involved in a drama group at our church.

Well, fast forward a few years—quite a few in fact, because I was busy co-authoring with my hubby. I was looking for something to work on after I finished my multi-award-winning inspirational romantic suspense book, The Nun and the Narc, from Soul Mate Publishing. The inspirational romantic suspense had finaled in several contests: ACFW Genesis Finalist, a 2014 EPIC finalist, and the Carolyn Reader awards, and then it won the 2014 Beverly Hills Book Award and the 2014 RONE Award. A number of readers who reviewed The Nun and the Narc thought there was a lot of comic relief humor in the book, so I’d thought I’d try my hand at a romantic comedy. Remembering our radio play, I asked my husband if he’d mind if I used the basic premise for a new book. He graciously agreed, and A Groom for Mama was born.

In A Groom for Mama readers will find a feisty mother who is determined to marry her daughter off before she dies, and, much to the pair’s chagrin, Mama’s even picked the groom. Here’s a peek at some of the fun. 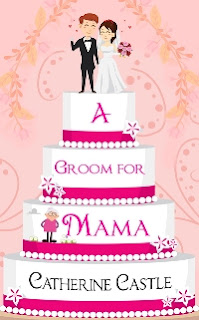 One date for every medical test—that’s the deal. Allison, however, gets more than she bargains for. She gets a Groom for Mama.

Beverly Walters is dying, and before she goes she has one wish—to find a groom for her daughter. To get the deed done, Mama enlists the dating service of Jack Somerset, Allison’s former boyfriend.

The last thing corporate-climbing Allison wants is a husband. Furious with Mama’s meddling, and a bit more interested in Jack than she wants to admit, Allison agrees to the scheme as long as Mama promises to search for a cure for her terminal illness.

A cross-country trip from Nevada to Ohio ensues, with a string of disastrous dates along the way, as the trio hunts for treatment and A Groom For Mama.

EXCERPT
With a sweep of his hand, Jack spread the photos out on the table in front of Allison and Beverly. “Here’s a few I just grabbed from the database. Any of them interesting?” He studied Allison’s reaction. She didn’t bat an eyelash as she scanned the men’s pictures. Then, without warning, she scooped them up and shoved them at him.

“I told Mama I wasn’t going to do this. It’s a stupid idea.”

“I’ll admit it’s not the ‘some enchanted evening, see a stranger across the room’ romantic way to find a husband, but it’s not totally unacceptable. Several of the couples my company has brought together have married.”

“And lived happily ever after?” she retorted.

“It’s a new company, Allison. I don’t have the stats yet.” He pushed the photos across the table. “Just take a peek. What harm can it do?”

Beverly grabbed the photo of a particularly handsome man. “How about this one? His coloring complements yours. You’d have beautiful children.”

Mama!” Allison snatched the photo away. “We’re not going to discuss my possible, yet unlikely, progeny in front of Jack.”

A flash of Allison kissing this guy flew through his head. He grabbed the photo from her. “He’s not your type anyway.”

“And just how do you know?” she asked.

“I dated you, remember? You ditched me for some suave, corporate hotshot. At least it’s what you said.”
“Allison!” Beverly exclaimed. “You never told me that.”

Allison shot him a fierce scowl. “I’m not comfortable discussing my love life with you, Mama. Besides, what’s done and over with should be buried . . . in the past.” She picked up another photo. “What about him? Or him and him?” She pointed to two nerdy-looking fellows. “They seem corporate.”

Mama leaned over and checked out the pictures Allison had indicated. “Too ugly,” she said. “He’s got to be handsome. Like Jack. I want to know my grandbabies will be as beautiful as you two.”

He grinned. “Thanks for the compliment, but I know I’m not your daughter’s type.” He laid a sheet of paper on the counter. “Fill this out. Then I can get a better idea of what you want in a husband.”

“I know,” he interjected. “But, for your mom’s sake, just pretend you do.” 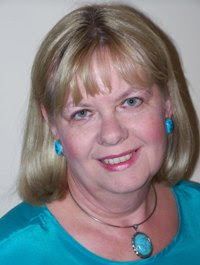 Learn more about Catherine Castle on her website and blog. Stay connected on Facebook and Twitter. Be sure to check out Catherine’s Amazon author page and her Goodreads page. You can also find Catherine on Stitches Thru Time and the SMP authors blog site.
Posted by Sloane Taylor at 12:30 AM