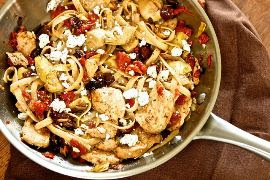 Cook pasta in boiling water until tender yet firm, 8 to 10 minutes. Drain in a colander.

Heat olive oil in a large skillet over medium-high heat. Reduce temperature to medium. Add onion and garlic and sauté until their aroma fills the room, about 2 minutes. Be careful not to let this mixture burn.

Stir in the remaining ingredients and the pasta. Heat through, about 4 minutes, and serve.

How about a good book after your fine dinner? 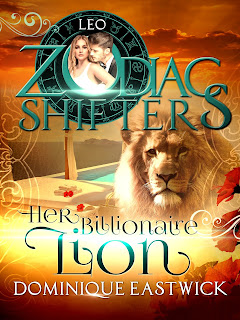 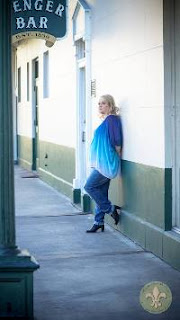