GET YOUR THRILL ON

If Paranormal Dark Fantasy is at the top of your read preference then this terrific book from best-selling author Clarissa Johal is definitely for you. Here's a little to entice you. 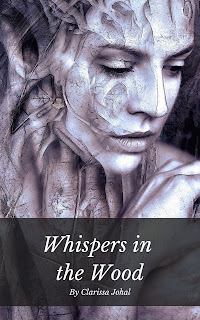 It all began with an acorn.

There are some places you shouldn’t disturb, places where history lingers. When Rowan travels to England, she finds a remote village, hidden in the shadow of an ancient forest. Vague warnings from the local people aren’t enough to stop her from venturing into the trees, or from picking up a single acorn. It seemed a simple action. But when a stranger emerges from the forest claiming the acorn belongs to him, Rowan finds herself pulled into something both centuries old and deadly.

EXCERPT
Stars dotted an inky sky and the moon cut a path across the pastures like water. It would have been a beautiful night in other circumstances, one where she would have been happy to go for a midnight walk. But tonight, her senses were on edge and she startled at every sound. Rowan’s feet made sloshing sounds in the wet grass as she hurried towards the church.

The standing stone reflected the moonlight like a beacon. The churchyard beyond it appeared empty, its gravestones pointing like accusing fingers towards the sky. The silence was oppressive and she resisted the urge to whistle. She stole up the steps to the church itself, hoping the teens would be inside.

Pressing her ear against the door, she breathed the pungent scent of burnt wood. Hesitant, Rowan tried the handle. The door gave way and opened with a long, drawn-out creak.

A giggle sounded behind her.

Whipping around, her gaze swept the darkness. The sound was coming from the graveyard itself. A shiver trailed down her spine like icy fingers. “Hello?”

A low whisper drifted with the breeze, followed by another giggle.

“Fiona? Will? Jennifer, Jonathan? C’mon, you guys. Not funny.” She waited for the teens to show themselves. “I’m not going with you to the forest, by the way. I don’t think you should go either.” She walked to where the sound came from and steeled herself for a ‘gotcha’ moment.

Expecting to see the teens hiding behind a gravestone, she was surprised instead by scattered flowers, left like offerings. She picked one up and twirled it in her fingers. The flower’s petals reflected alabaster in the moonlight like finger bones. Freshly picked, the scent of the plucked stem was still strong. Rowan began to toss it aside when she was hit with an icy gust of wind. Her vision clouded and she felt a jarring shift in her surroundings.

She kicked up debris as her feet pounded the forest floor. The trees were a wild blur, as were the smells. The strong scent of greenery mixed with the scent of blood. Her blood. Heart pounding, she saw a bright spot in the distance. Escape. The bright spot grew larger and larger as she tore through the overgrowth towards it. Suddenly, she was jerked off her feet and dragged backward. A scream ripped her throat and everything went black. A sharp pain cut through her spine. Unable to move her arms and legs, she tried to take a breath. Panic welled in her throat like bile. 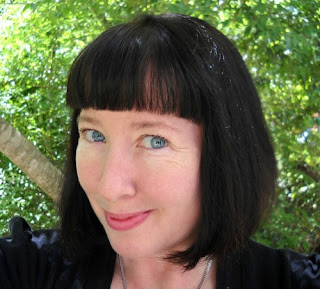 Clarissa Johal is the bestselling author of paranormal novels, Whispers in the Wood, Poppy, The Island, Voices, Struck, and Between. When she’s not listening to the ghosts in her head, she’s dancing, taking pictures of gargoyles, or swinging from a trapeze. She shares her life with her husband, two daughters, and every stray animal that darkens their doorstep.

Learn more about Clarissa Johal on her website and blog.