Cook Up Something Good

Sharon Ledwith joins us in the kitchen with one of her famous soups. Take it away, Sharon!

In my book, Legend of the Timekeepers—the prequel to The Last Timekeepers series—Istulo, a high priestess from the Black Land is a whiz when it comes to concocting potions and elixirs. But I bet she’d trade an arcane secret or two just for a taste of this mouth-watering ham and potato brew. Easy to prepare with a prep time of 20 minutes and cook time of 25 minutes, this heavenly soup will get a thumbs-up from even the fussiest high priest or priestess in your brood. 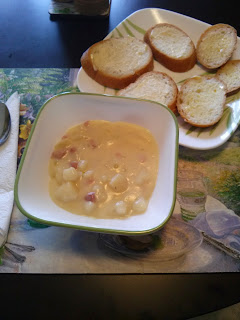 Combine potatoes, celery, onion, ham, and water in a stockpot. Bring to a boil. Lower temp to medium heat. Cook until potatoes are tender, about 10-15 minutes. Stir in the chicken bouillon, salt, and pepper.

Stir the milk mixture into the stockpot, and cook soup until heated through.

Now, while you’re waiting for the potato and ham soup to digest why not put your feet up and relax with a good book? Ready for a trip to Atlantis? 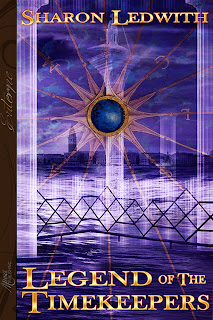 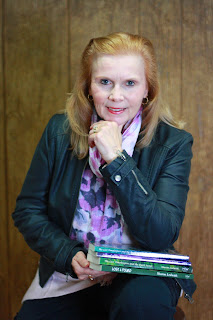 Sharon Ledwith is the author of the middle-grade/YA time travel series, THE LAST TIMEKEEPERS, and the teen psychic mystery series, MYSTERIOUS TALES FROM FAIRY FALLS. When not writing, researching, or revising, she enjoys reading, exercising, anything arcane, and an occasional dram of scotch. Sharon lives a serene, yet busy life in a southern tourist region of Ontario, Canada, with her hubby, one spoiled yellow Labrador and a moody calico cat.

Learn more about Sharon Ledwith on her website and blog. Stay connected on Facebook and Twitter, Google+, Goodreads, and Smashwords. Look up her Amazon Author page for a list of current books. Be sure to check out THE LAST TIMEKEEPERS TIME TRAVEL SERIES Facebook page.
Posted by Sloane Taylor at 12:30 AM