Yes, Boys and Girls are Different

Ten years ago, I found myself escorting a 15-year-old into my home. I hadn’t really thought about it much when I agreed to become a foster mom. All I knew was this small boy – who’d previously been my student – found himself alone. The spur-of-the-moment decision set me on the path to foster mom school – yes, there is such a thing – where one learns the proper ways to nurture children who’ve suffered in their lives.

As you can imagine, it wasn’t easy. Teenagers in the foster care system are hard to place, because, well, they’re teenagers. Not the most pleasant time to be a parent. Still, we persevered.

While the boys are younger in this picture, they're not often in the same place at the same time.

Today, my three boys are all in their twenties working toward their goals. They are positive, contributing members to society, working at their chosen professions. Which is a really big deal. The reason? Twenty percent of kids who age out of foster care become homeless immediately. Another 20 percent are homeless within four years. Twenty-five percent end up in prison within two years. Only 2.5 percent graduate from a four-year college, so when my youngest boy – now a junior at Arizona State University – graduates, he will be one of the very few who’s earned a degree.

As you can imagine, I’m very proud of my boys and I’m excited to see what they become. 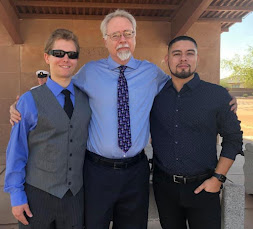 Ryan is with our two sons Troy and Brandon. 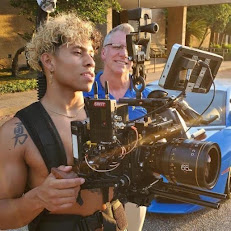 Ziggy is our budding director. 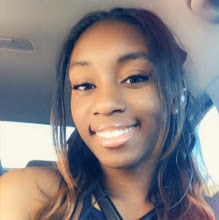 I must mention here what a good sport my long-time partner has been, since Ryan was thrust into parenthood as abruptly as I was. He’s wonderful with the boys, all of whom needed a dad, maybe more than they needed a mom.

That said, recently, we had a change in the family dynamic. A young lady has come to stay. Also, a former student, Makayla, is a sophomore at ASU. She’s bubbly and determined and a student at the Walter Cronkite School of Journalism.

So now Ryan has a girl, which is just a wee bit different. And this spirited young woman is teaching Ryan that girls really are different than boys.

“How does my hair look?” Makayla positioned herself in the living room, a tight bun situated atop her head.

Then she turned to Ryan.

I cringed. Makayla frowned and walked out of the room.

“Not the right thing.”

“Of course, she looks nice.”

Poor guy. I almost laugh when he listens to Makayla talk about boys and clothes and hairstyles. He just looks so damned lost. “It’ll be OK, honey. You’ll catch on.”

The next evening, Ry and I were in the kitchen preparing dinner. Makayla walked in with a big bow in her hair.

Makayla graced him with a radiant smile.

Who knew my sweetie pie was such a quick learner?

Here is a look at my latest thriller for your reading pleasure. 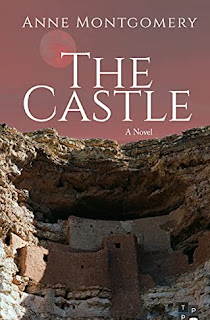 Ancient ruins, haunted memories, and a ruthless criminal combine with a touch of mystic presence in this taut mystery about a crime we all must address. Maggie, a National Park Ranger of Native American descent, is back at The Castle—an ancient pueblo carved into a limestone cliff in Arizona’s Verde Valley.

Maggie, who suffers from depression, has been through several traumas: the gang rape she suffered while in the Coast Guard, the sudden death of her ten-year-old son, and a suicide attempt.

One evening, she chases a young Native American boy through the park and gasps as he climbs the face of The Castle cliff and disappears into the pueblo. When searchers find no child, Maggie’s friends believe she’s suffering from depression-induced hallucinations.

Maggie has several men in her life. The baker, newcomer Jim Casey, who always greets her with a warm smile and pink boxes filled with sweet delicacies. Brett Collins, a scuba diver who is doing scientific studies in Montezuma Well, a dangerous cylindrical depression that houses strange creatures found nowhere else on Earth. Dave, an amiable waiter with whom she’s had a one-night stand, and her new boss Glen.

One of these men is a serial rapist and Maggie is his next target. In a thrilling and terrifying denouement, Maggie faces her rapist and conquers her worst fears once and for all.

Available at Amazon and all major vendors. 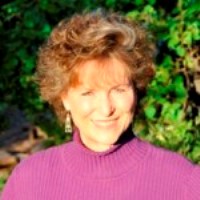 Anne Montgomery has worked as a television sportscaster, newspaper and magazine writer, teacher, amateur baseball umpire, and high school football referee. She worked at WRBL‐TV in Columbus, Georgia, WROC‐TV in Rochester, New York, KTSP‐TV in Phoenix, Arizona, ESPN in Bristol, Connecticut, where she anchored the Emmy and ACE award‐winning SportsCenter, and ASPN-TV as the studio host for the NBA’s Phoenix Suns. Montgomery has been a freelance and staff writer for six publications, writing sports, features, movie reviews, and archeological pieces. When she can, Anne indulges in her passions: rock collecting, scuba diving, football refereeing, and playing her guitar.