GAZING INTO THE CRYSTAL BALL

We predict the future is bright for Selena Illyria with two new books releasing days apart and more contracts for this year and next. Now we this the blog back to our wonderful guest author.

I hope you’ve enjoyed a few peeks into my many words. I had so much fun writing them. One last sneak peek before I go? 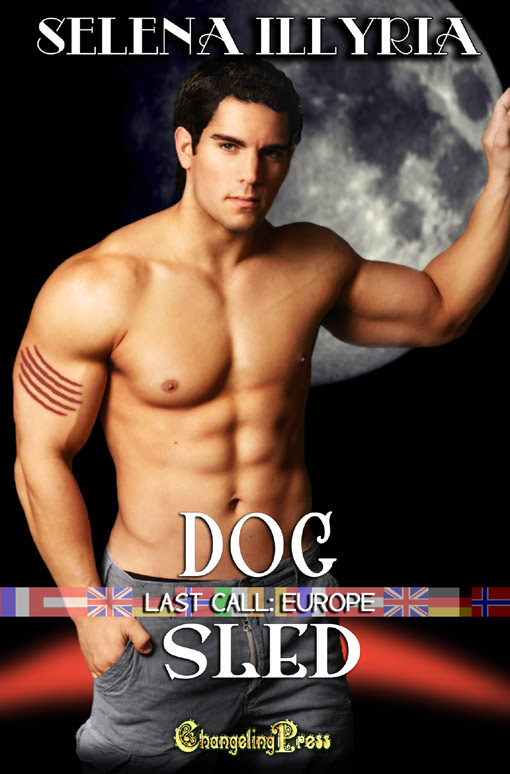 BLURB:
Werewolf Silvano wants a break from the drama in pack business. A night out is exactly what he needs. He doesn’t count on his rival’s familiar Hexuba strolling into Last Call.
Black Cat shifter and Wizard's familiar, Hexuba, has always wanted Silvano even though he’s the enemy. One night is all she asks to indulge her wildest fantasies with him. Come morning she’ll be gone.

Will one night be enough?

EXCERPT:
Silvano stood in his bathroom staring at his foggy reflection in the mirror. He drew in a breath and blew it out. Tension sung through his body as he prepared himself for the monthly fuckfest. Or, as his elders liked to call it, the compatibility test. He didn't buy it for a second. Find your mate by fucking them. He scoffed at the notion but there wasn't much he could do about it. Either he slept with all the available females in his pack to find a suitable alpha female or he lost his pack. So it was decreed in the pack bylaws, the rules his father had followed as laid out by his father before him and so on and so on, ad nauseam.

As a hormone-driven youth, he'd reveled at the chance to fuck so many willing women. Now, as an adult of thirty-four, with his thirty-fifth birthday right around the corner, he was tired of it. All of it. He'd fucked practically every available woman in the pack. His father had even thought of bringing in women from an allied pack to see if he would fit better with one of them. He'd turned them all down. It wasn't just the sex that was tiresome, but also the elders and his second lieutenant, the rules, the obligations...

He was alpha, the leader, and yet he couldn't make up new rules or lead his people the way he wanted. The system was antiquated, governed by laws and decorum that didn't fit into today's world of paraphiles, people obsessed with the paranormal and all aspects of it. The young pups lived in a sort of static environment, caught between tradition and the modern age where werewolves could blend in with the normal populace without being shunned for doing so.

The other problem on his horizon was twofold. One was from an ex-pack member, Turk. The man had been begun to dabble in the dark arts, accessing the magick in his blood from his wizard ancestry all in a bid to take over the pack that had exiled him long ago. Silvano feared for his once childhood friend. According to reports, Turk was going insane, being driven by dark forces. There was very little Silvano could do short of killing the man, and he was reluctant to do so. Many in both packs had blamed him for Turk's current behavior. Silvano had refused to step aside during the pack challenge and let Turk win.

He shook his head. Silvano couldn't have allowed that. The man was unstable. And now there was the problem of Turk's black cat familiar: Hexuba. Just thinking her name heated his blood. His cock went from flaccid to semi-hard. He could see her face, the velvety dark chocolate colored eyes. Just a glance made him want to drag her someplace private, away from distractions, and discover what secret places on her body made her cry out and moan.

"Fucking hell." He fisted his cock at the base and stroked slowly, allowing the arousal to grow. "Hex." He hissed out her name as his mind painted her image among the wisps of steam. Her delicate nose, high cheekbones and lush, full lips came into view. He groaned again as his thoughts drifted to feeling those lips against his as she explored his body. Silvano could feel the pebbled tips of her nipples scraping across his belly as she moved downward. He wanted to feel her mouth on him, feel her tongue lap at the slit atop his cock-head before swallowing him whole.

The fantasy continued to build as his imagination painted Hex on her knees, lips dragging along his hardened length. The minx would tease him, giving him just enough pressure to send pulses of pleasure up his spine and throughout his body before releasing his cock. She would lap up his seed while pumping him with her hand before returning to torment him with her mouth, and he would love every minute of it.

"Silvano, are you ready?" a high-pitched female voice called out.

The fantasy evaporated just like the steam and he swore. His cock lost some of its hardness as real life came crashing in. With a sigh, he shook his head. "Time to do my duty." 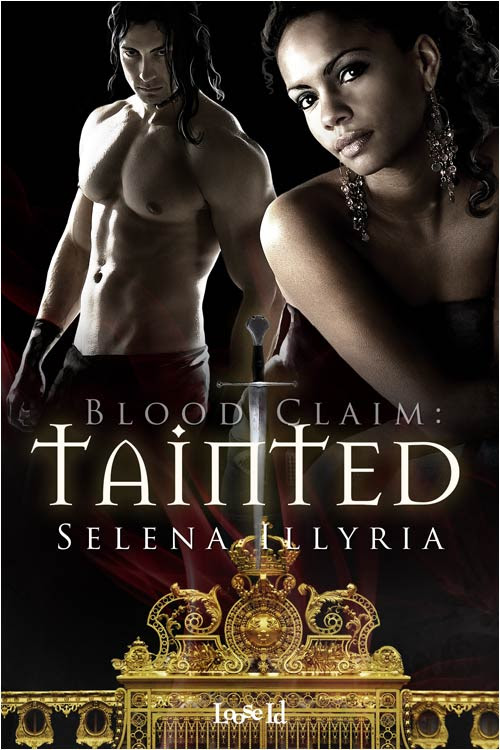 BLURB:
Revenge is what Syrus sought.

Jessye was just trying to adjust to having both a consort and new leader.

Desire burns hot but the past and stubbornness stands between them. Can they work together to stop a madwoman and preserve their new clan? Or will they destroy each other before they can even meet in the middle ground.

Love, lust, need, revenge can all be tainted. Forgiveness and acceptance can heal it all.

It's been a pleasure having Se with us this week. You can learn more about Selena Illyria and her fabulous work on her website and blog.

Sloane Taylor
Sweet as Honey...Hotter than Hell
www.sloanetaylor.com
Posted by Sloane Taylor at 7:48 AM