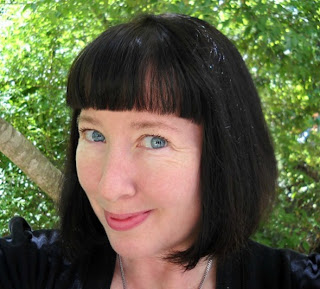 People often ask me how I began writing in the genre of paranormal. I’m not brooding or scary or running off to join the latest séance, which I think is what they expect. And my silly sense of humor oftentimes gets me into trouble, especially with my two daughters.

The topic of paranormal has always interested me because I moved around so much as a kid. It seemed we were always living in an older place and with those older places, came a ghost or two. Now, before you chuckle and roll your eyes (or not) let me tell you, I walk the line between skeptic and 100% believer. On the surface, I may be rolling my eyes with you, but inside, I believe in a plethora of things I won’t even begin to discuss until I’ve known someone a very long time. I know what I’ve experienced, and I know what my rational mind tells me. Believe me, there’s a lot of arguing in my head over those two things. We are a collection of what we’ve experienced in our lifetime, and since I’m as old as the hills, I’ve experienced plenty.

When I was 10-years-old, we moved to an island and lived for several months in a 30-year-old house. I’m an insomniac and have been since I was a kid. Consequently, being awake while the rest of my family slept was nothing new, though my mom would get quite irritated because I would roam the house at night and wake her up. One evening, and after hours of tossing and turning, I decided to stroll. While I sat on the couch trying to figure out what to do with myself, I heard singing in my ear. It was as if a woman was sitting right next to me singing, “Time in a Bottle.” I liked the song, it was popular at the time (and yes, that dates me) but I didn’t know the words. At that point, I did what any kid would do if they weren’t compelled to run away screaming, I politely sat and listened until she finished. Afterwards, I went back to bed and proceeded to have the worst nightmare. I dreamt that I walked into our bathroom and found a naked, young woman wrapped up in a shower curtain in our bathtub. She was blonde, had a bullet hole in her head, and was quite dead. It was a graphic nightmare for a 10-year-old; I never watched television and rarely had nightmares. I had it for weeks until we finally moved. Each time, it became more intense—it had gotten to the point where she was clawing her way out of the tub and trying to speak to me through the shower curtain. Needless to say, I was a bit of a wreck by the time we moved. Years later, I remember finding out from my parents that there was indeed, a murder at that house. They didn’t elaborate, but I always wondered of the details. Parents, tell your kids these things ahead of time, because if they ever experience anything, they will always wonder.

I was 13-years-old when my parents took a house by the ocean. They were able to rent it cheap and I was more than a little sad when we moved a year later. It had a garden, a tree-house, a large yard to do cartwheels in; everything a kid could want. It also had ghosts. I would lay awake for hours and watch a white cat walk through my bedroom wall. Over and over again. No explanation for that, it just was. I remember constantly seeing an old lady out of the corner of my eye. She would follow me down the stairs to the basement and back up again. She would follow me down the hallway to my bedroom. Sometimes, I would see her sitting in my mom’s rocking chair in the living room. I wasn’t afraid; she was just a presence I came to accept. It wasn’t until we moved from that place that I overheard my parents discussing the house and the fact they had both seen the shadow of an old lady there. They thought it might have been the lady that died in the house before we bought it. Well, that was news to me (and unfortunately, taught me the joys of eavesdropping).

So, back to the genre of paranormal. I began writing fiction when my kiddos were younger. While writing the second installment to my Pradee series, I was interrupted by two characters that truly didn’t fit. I kept setting them aside, but they would return, stronger than ever. Finally, I gave up on my young adult title and began Between, a story of the paranormal. While my young adult fantasy, took me ten years to complete, I had the rough draft of Between finished in several months and a year after that, the full novel was complete. Six weeks after I submitted, Musa Publishing offered me a contract.

The novel I’m working on now is also in the genre of paranormal. I have to say, I’m hooked. I like the freedom of writing for adults and I love presenting the paranormal in a new and interesting ways. Now, I know what you’re probably going to ask me. Do I write of my experiences or make stuff up? I’m a writer, I write fiction, and I know the difference between fiction and real life. I have to, I have kids. However, the best fiction is when writers “write what they know” and a little of what I know creeps into my novels from time to time. I hope you will enjoy reading them. 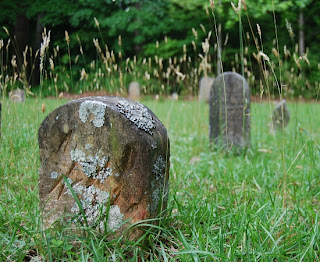 How far would you go to redeem yourself?

As a young girl, Lucinda was able to see spirits, a gift that didn't come without its problems. Now, a dedicated young veterinarian, she is committed to the idea that every life can be saved.

After a devastating accident, Lucinda tries to escape her past by moving to a small town. There, she meets a newcomer and feels an immediate connection with him. But there is another mysterious stranger to the small town, one that stirs within her a mixture of unease and desire.

As Lucinda is drawn into a bitter tug-a-war from the forces around her, she is likewise pulled into a dangerous twist of past and present events. Forced to make difficult choices, she finds that the two men are locked in not only a battle for her life...but a battle for their salvation.

Between will release under the Thalia imprint of Musa Publishing on December 14, 2012.