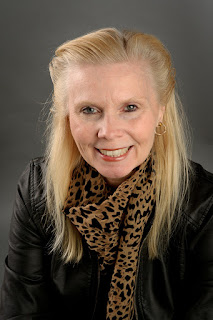 Face it. If you’ve written a great book filled with equally great characters, readers will want more. Much more. And the sooner the better. Then, you start to panic. Sweat drips off your face and onto your keyboard. You’re committed now. Legions of readers are waiting in the wings for your next installment.

The most important thing to remember in creating a series for any genre is to connect the dots, create a common thread to tie your individual stories together into a nice, shiny bow at the series end.

Complicated? Not really. Read on…

First: Make sure your characters have enough problems going on both individually and together to carry through at least five books. The entire series needs to get from A to B to Z dragging your characters along (sometimes kicking and screaming) until, by the end of the series he or she or they need to come out changed. They need to have shown growth, they need to have evolved through the course of their adventures.

Second: Don’t put any elements into your first story that you don’t want to live with through five or more books. It’s a long haul to drag unnecessary fillers such as a troublesome pet, a psychotic boyfriend or an ongoing health problem for the ride. Like they say, “Use it or lose it”.

Third: Don’t solve the big mysteries or resolve all their problems in the first book. Too much, too soon. The idea is to hook’em with that first book, and get your readers begging for more. Your characters should still have dreams and goals and ambitions to work toward through the length of the series. Oh yeah, and as you do answer the burning questions and resolve the terrible conflicts, make sure you replace them with additional—hopefully more serious—ones.

Fourth: Remember—it’s all about building relationships between your characters. Throw obstacles their way and create the necessary tension between them to get your readers to care about them. It’s all about the journey and how they work together to resolve their problems. You want readers to be as invested at the end of the series in how that relationship is working out as they were in the first book.

Fifth: Keep a series guidebook stuffed with all the vital information on your main characters— and recurring side characters. The color of their hair and eyes, their brother’s or sister’s names, or any allergies is vital to log. Believe me readers know when something is amiss and will call you on it.
Sixth: Make sure you’re writing a series for the right reason—because you love your characters enough to tell their story over a period of years to come. And hopefully, that could be a long, long time.

Sharon Ledwith is the author of the middle-grade/YA time travel series, THE LAST TIMEKEEPERS, available through Musa Publishing. When not writing, researching, or revising, she enjoys reading, yoga, kayaking, time with family and friends, and single malt scotch. Sharon lives in the wilds of Muskoka in Central Ontario, Canada, with her hubby, a water-logged yellow Labrador and moody calico cat. 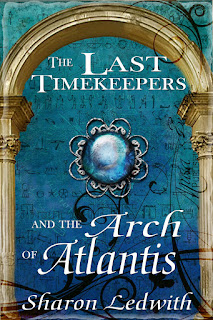 BLURB:
When 13-year-old Amanda Sault and her annoying classmates are caught in a food fight at school, they're given a choice: suspension or yard duty. The decision is a no-brainer. Their two-week crash course in landscaping leads to the discovery of a weathered stone arch in the overgrown back yard. The arch isn't a forgotten lawn ornament but an ancient time portal from the lost continent of Atlantis.
Chosen by an Atlantean Magus to be Timekeepers--legendary time travelers sworn to keep history safe from the evil Belial--Amanda and her classmates are sent on an adventure of a lifetime. Can they find the young Robin Hood and his merry band of teens? If they don't, then history itself may be turned upside down.

Want more info on The Last Timekeepers series? Check it out on Facebook.

Email ThisBlogThis!Share to TwitterShare to FacebookShare to Pinterest
Labels: fiction, Middle-Grade/YA, Musa Publishing, Sharon Ledwith, The Last Timekeepers and the Arch of Atlantis, time travel, YA