On your new release The 13th Guest! This book is a wonderful addition to the Wiccan Haus series from Musa Publishing. If you aren't familiar with Rebecca's work, I assure you, you will be captived. 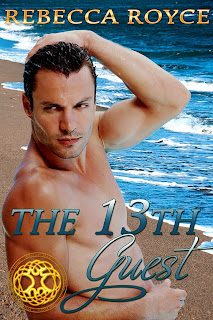 She snuck aboard his ferry, and if he can save her life, she'll repair the hole in his heart.

Dr. Amelia Everett is a respectable psychologist from New York City. She wants only to find out how so many of her patients are getting healed emotionally from their stay the Wiccan Haus. The only problem? Every time she tries to schedule a visit, she is denied entry What other choice does she have except to sneak on the boat?

Damek Antonov is a ferry boat captain with a broken heart. He spends his days shuttling passengers to and from the island but whatever magic his charges find there, he has not seen any himself. But, when Amelia is made Damek's responsibility, the two will find that taking risks might lead to the great adventure ever: love.

EXCERPT:
They stepped together, him by choice, her because he had her in a death grip, onto the deck. In the light, she could now see the features of the person who’d caught her. He had high cheekbones that accentuated large dark brown eyes. His hair, also dark brown, had been cut very short on his head. His chin pointed out a bit over thick, full lips covering perfectly straight teeth, visible as he bit down on his lip, checking her out too, she imagined.

But it was his nose that really gave his face character.Too large to really be called traditionally attractive, it worked to give him a striking, unforgettable appearance.Staring at the world from above that nose, from his vantage point of being so much taller than nearly everyone else, completed an outer form that she knew she would never forget even if she should not set eyes on him again.

She smiled, trying to seem nice, the sort of woman he didn’t want to throw into the ocean.“My name is Dr. Amelia Everett. If you let go of my arm, I’d be happy to show you my card.”

“No, missy. I don’t have the slightest interest in seeing your card.What are you doing here on this ship? You were not invited.”

Invited?What a strange choice of words. “Right, well. I’ve been trying to get a reservation at the Wiccan Haus now for six months.As they are never willing to let me book a room or to even discuss me the possibility of coming to the island, I had to take matters into my own hands.One way or another, I am going to the Wiccan Haus today.”

To read excerpts from the other books by Rebecca Royce please click a vendor's name.
Musa Publishing or Amazon. 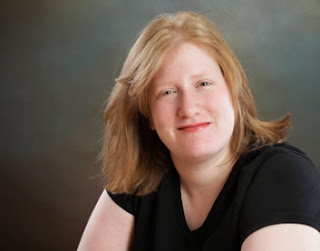 Rebecca Royce is the mother of three adorable boys and married to her best friend. They live in northern New Jersey and try not to freeze too badly during the winter months.

Rebecca is in love with science fiction, fantasy, and the paranormal. Her work is an action packed ride that always ends in romance. She loves to write series. In Rebecca's world anything is possible, anything can happen, and you should suspect that it will.

Learn more about Rebecca Royce on her website. Stay connected on Facebook and Google Plus.
Posted by Sloane Taylor at 12:30 AM