Lace and handcuffs...Tools of the trade

Hot damn and everything sexy!
Book Five from Naughty Ladies of Nice is now available! 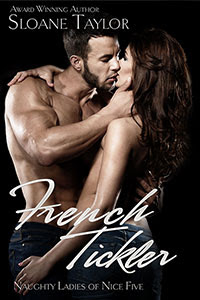 New Yorker Samantha Bradley has a fun, sexy career designing ladies lingerie. Now that her business is on the rise, she treats herself to a well deserved break on the French Riviera where the women are glamorous and the men are gorgeous. After a few days Sam is eager to sample more than just the local cuisine.

Cisco Bernier is France's key criminal prosecutor, but his courtroom charm falls flat outside the hallowed halls of justice. From family relationships to romantic trysts, his success rate is abysmal until a chance encounter with a sensuous American businesswoman spins his staid world out of control.


EXCERPT
Cisco fought to hold back and not spill his seed all over Samantha and the duvet. Her heat radiated to him, making it impossible not to rip off her silky thong and devour her. More than anything he wanted to taste her sweet honey, to lap her until she came.

He peeled the thong down her long legs, then hooked them over his shoulders, all the while he watched her flushed face.

With shaky hands, he coiled his fingers through her damp, dark hair. “Have you ever thought to…” The words trailed off as her scent drifted up to greet him.

“A Brazilian?” Crystal laughter filled the room. “Not really, but would you like that?”

All he could do was nod as the memory of his fantasy filtered through his mind.

He glanced up. Her eyes sparkled in the golden light. She would allow him to perform the most intimate sexual pleasures with her, to both their benefit.

“Tomorrow night, after I bathe you.”

Her breath caught in her throat. A smile tipped his lips. This woman touched deep to his core, like none ever had.

His cock throbbed, aching for release, but he refused to come until he had satisfied his mouth on her.

He leaned down, drawing his index finger along her slick folds, separating them. Her soft whimper reached into his soul and curled around his heart stronger than a fist.

A light nip on her swollen flesh, then he flicked his tongue against her wet creases and explored until he found her tender pearl. Lapping and sucking, he burrowed closer while inhaling deep and savoring her salty taste.

He stroked his index finger along her perineum, then dipped into her channel and paused. She writhed against him as if encouraging his hand to make love to her. His middle finger slipped in and massaged deep within while he continued tonguing her clit.

Much too soon her body tensed, her muscles clamping onto his fingers. Shudders ran through her as she cried out. A volley of shivers followed as he gathered her in his arms and kissed her damp body up to her throat, then finally her mouth.

She wrapped her arms tighter around his neck and nestled against his shoulder.

“I need to move you a bit, Samantha.” He adjusted his legs straight out on the mattress and lifted her to his lap. “Swing your leg over my head to the other side.”

He ducked to make the movement easier for her, then, with a hand under her compact ass, he scooted her closer to his chest.

“What about satisfying you?” She smiled and combed his hair from his damp forehead.

“You will.” He wrapped her hand around his hungry cock and… 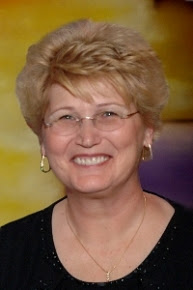 For those of you who don't know me, I'm an Award-Winning author who believes humor and sex are healthy aspects of our everyday lives. I carry that philosophy into my books. I write sexually explicit romances that take you right into the bedroom. Being a true romantic, all my stories have a happy ever after.

My books are set in Europe where the men are all male and the North American women they encounter are both feminine and strong. They also bring more than lust to their men’s lives.

I was born and raised on the Southside of Chicago. Studly, my mate for life, and I now live in a small home in Indiana and enjoy the change from city life. I'm an avid cook and post new recipes on this blog every Wednesday. The recipes are user friendly, and I strive for easy.