I’m fascinated by quantum theory. Wait, don’t run. Won’t be any formulas. I write fiction, after all. So we live in a huge soup of informed energy. What? Matter is energy that has decided to act in one particular way. Who decided? Stay with me here. Remember I’m not a scientist, just someone who thinks the universe is a fascinating place. A place worth thought. So these keys that I’m pounding on aren’t really solid. They look solid to me. Well, from what I read, if you look closely, they end up being energy moving along defined tracks with a ton of space between the tracks. Kind of like looking out into space. Why doesn’t the Enterprise run into stuff if it’s traveling many times the speed of light? Because space wasn’t named space for nothing. (Just re-read this last sentence. I crack myself up.) 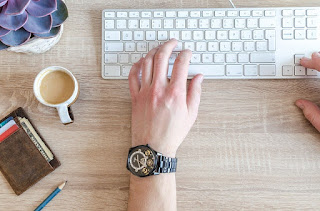 So in my macro world, the world of keyboards, I’m looking at the letters and numbers on the keyboard, and I can’t see any space between the electrons. But I can imagine it. Evidently in the world of quantum physics, energy can choose to be either a particle or a wave, matter or energy, or both at the same time. I find this interesting, but way more interesting to me is if we are energy beings, and the energy is invisible, what do we do with it? How do we get it? Do we take it from each other?

When you are hungry, you feel a certain discontent. When you are really hungry, it grows to a demand. The vehicle each of us rides in requires fuel which is turned into a form of energy that can be used by our cells, creating all kinds of power, motive, thought, emotion, etc. Plants take energy directly from the sun. Is it possible that we also take energy directly from the sun. We’ve evolved or maybe devolved so that we get our energy second or third hand. From the sun to plants, to animals, to us. Before the advent of science and its sensory enlarging tools, the best man could do was reason from effects to causes. For the writer of fiction, it’s still a pleasant trip. Plants thrive in sunlight or die if left in darkness, therefore, sunlight is crucial to the plant’s survival. What about humans. Is McDonald’s the only way we get energy? A better question might be: Is McDonald’s the only way we can get energy?

If you’ve ever watched a live comedian on stage really killing the room, the person almost seems to glow. They’re on a emotional high. What is happening? It’s a small comedic venue, only thirty or forty people in the audience, but these people are hyper-focused on the comedian. Anyone who has been on stage knows the high I speak of. You feel good, excited, full of energy. Are the people in the audience sending energy to those on stage? It’s temporary, but while the attention of an audience is on you, it’s glorious.

If energy is exchanged in a situation like that of performer/audience, what about two people having coffee? Do we exchange energy with each other all the time? James Redfield thinks so. The Celestine Prophesy came out twenty years ago. According to Mr. Redfield, not only do we exchange energy with each other, we forcibly take it. Who could imagine that? We’re such sweet little monkeys. We would never take something from anyone else. Redfield speaks of control dramas which we learn as children to defend ourselves from the energy vampires which surround us. Vampires. Now you’re talking. Ever wondered why the vampire is such an icon in our literature. Where could we have possible have gotten that idea?

In most martial arts, focus and concentration are key elements along with specific movements. The greater the focus and concentration, the greater the power behind the movement. Most of us live fragmented lives jumping from one thought to another. I don’t mean that in a negative way, just that we’re not trained Kung Fu masters able to meditate for a day on one blossom of a flower. The benefits of meditation are patently obvious, but not so easy to attain. In Aldous Huxley’s book Island a cynical journalist is shipwrecked on an island where trained Mynah birds continually say the word “Attention.” We don’t. Don’t pay attention. Not really. And that is the crux of the matter. If we exchange energy, and I think we do, we do it through the medium of attention. We (And I include myself. Oh, look a bird.) seem to wander around at the whim of our senses, switching our attention to the thought or impression of the moment. Flashlights instead of lasers. Like Redfield, I believe energy can be obtained from many different agencies, not just other people. And in unlimited amount. 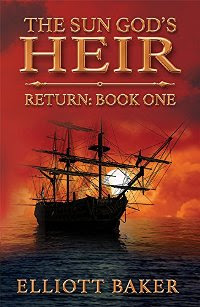 In my book The Sun God’s Heir: Return Book One, which is currently FREE on Amazon the protagonist and antagonist were once brother disciples of the Pharoah Akhenaten. In that incarnation three thousand years ago they learned not only to control the energy that made up their physical envelopes, but to see and manipulate energy on different levels than the one customarily seen by humans. In The Sun God’s Heir trilogy, energy crosses time in the form of karma and if there is one universal law, it must be that of balance.

If there is discomfort in the universe it must in the form of imbalance. Since according to quantum physics, time appears to be merely a construct, the universal demand for balance does not seem to find our limited perception of time to be an obstruction. At least in my imagination it doesn’t.

The two ancient brothers, return to 17th century France, one in the normal way, birth, childhood, adulthood, and the other… Well the other has taken a darker route borrowing the body of a downstream incarnation. One remembers the powers taught at the feet of the pharaoh Akhenaten, the other must remember in order to survive and protect those he loves.

The Sun God’s Heir: Return should be shelved under Historical Fantasy for the time being. For a moment, imagine yourself in 1672 sitting and tasting the newest beverage, hot chocolate. Someone at the table speculates that there may be invisible waves that can carry sound and pictures. Just sayin’. 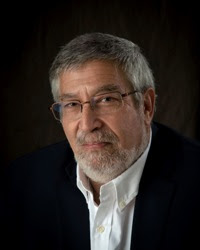