What Fashions Your Fiction?

We’re talking about things that have lead us into the paranormal genre. What happened in our past that led us to be interested in writing our series, The Turning Stone Chronicles?

Catherine’s mother loved good old fashioned monster and horror movies. In fact, shegot so scared watching a monster movie when she was pregnant with Catherine that she got goose bumps. Later, when Catherine developed what appeared to be permanent goose bumps on her arms, her mother said she had “marked” her by watching such a scary story during pregnancy. One could say, based on this story and the old wives’ taleher mother’s explanation came from, Catherine’s destiny to write about the paranormal developed in the womb. In reality, the steady diet of supernatural themed movies and television shows she viewed as a youngster had the biggest influence. Vampires, werewolves, things from outer space, Frankenstein, zombies and ghosts whetted her appetite for the paranormal and made her run like mad past the graveyard when she had to walk home in the dark, wear a cross at all times, and avoid going out alone on a full moon. Thanks Mom.

Her grandmother also contributed to Catherine’s taste for fantasy. Grandma’s favorite scary story, which she told to her grandchildren at nearly every visit, was about an old woman who accidently dug up a monster’s big toe, while hoeing her potatoes, and ate it for dinner. (Why the toe was not attached to the monster is lost somewhere in Catherine’s memory, but the gist of the story remains.) The monster, naturally, was upset and haunted the woman every night, moaning, “I want my big toe.” The haunting drove the old lady crazy and the monster gobbled her up in revenge. Catherine also reread Mary Poppins and Grimms Fairytales, two of the books on Grandma’s shelves, every time she visited.

And of course, we can’t forget Walt Disney. His romantized tales of fairy godmothers, men under curses who could only be released by true love’s kiss, and evil witches have primed children everywhere to love the paranormal. Catherine was no exception.

Aside from his science-fiction fantasy Tom Swift books, Donald’s other genre influences have been television shows like The Twilight Zone and comic books—a reading choice of many boys. His favorites included supernatural heroes like Superman, Flash Gordon, Green Lantern, Wonder Woman, Aqua Man, and the Justice League of America. Lois Lane, with her unrequited love for Superman and inability to see the value of Clark Kent’s love, influenced his taste for romance. Donald also attributes his foray into the paranormal to Catherine. Having spent two-thirds of his life with her makes it hard to ignore what she’s interested in … and makes him a smart man for paying attention.

Can you attribute your love of the genre you write in or read to a childhood influence? If not, is there another instance you can point to that started you down a particular genre path?


Now here is a little about our paranormal series, The Turning Stone Chronicles.

Three ancient Celtic families. A magical Bloodstone that enables the wearers to shape shift. A charge to use the stone’s power to benefit mankind, and a battle, that is going on even today, to control the world. Can the Secret Society of shape shifters called the Turning Stone Society heal itself and bring peace to our world? Find out in the series The Turning Stone Chronicles.

The Promised One, book one:
When homicide detective Alexi Jordan is forced to use her shape shifting powers to catch a paranormal killer, she risks the two most important things in her life—her badge and the man she loves.

Blood Brothers, book two:
Shape shifter Delaney Ramsey’s daughter is missing, and she is bound by honor to protect the man she suspects of the deed. To bring him to justice, she must go against her code, the leader of the secret shifter society, and the police captain she is falling for.

Son of the Moonless Night, book three:
Thrust back into the world of paranormal huntress, Deputy Coroner Katrina Romanovski must unravel a string of murders she believes are vampire attacks. When she discovers the shape shifter she’s in love with is the murderer, she must reconcile her feelings for him, examine her life of violence against paranormals, and justify deceiving him in order to bring him to justice.

The Mercenary and the Shifters, book four:
A desperate call from an ex-military buddy lands a mercenary soldier in the middle of a double kidnapping, caught in an ancient shape shifter war, and ensnared between two female shape shifters after the same thing ... him. 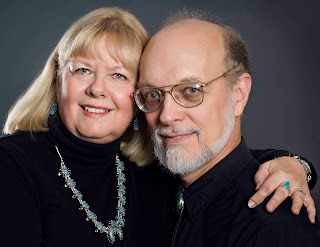 The books of their paranormal romance series entitled The Turning Stone Chronicles are available on Amazon. They also have a short Christmas story, Kissing Santa, in a Christmas anthology titled Sizzle in the Snow: Soul Mate Christmas Collection, with seven other authors. Also a standalone novella, Can’t Stop The Music, in a collection with thirteen other authors.

They look forward to many years of co-authoring and book sales, and a lifetime of happily-ever-after endings on the page and in real life.

Learn more about C.D. Hersh on their website and their Amazon Author Page.