Few things are as universally human as our fascination with our own deaths. Stories about the dead, and what happens to them when they leave this realm, have permeated every human culture. And although they haven't always been called necromancers, there have always been tales of people who could communicate with the souls of the deceased. Many cultures even have festivals to celebrate the dead, like the Day of the Dead or early Halloween celebrations.

In the many of the most well-known tales, these necromancers are cruel, evil people who abuse the souls of the dead. People who raise undead armies or use secrets they learn from the dead to blackmail the living.

Surely communicating with the dead is not inherently evil? These powers could be used to provide families with closure when a loved one dies suddenly, or if resurrection is possible to grant a second life to one dead too soon.

As someone who lost my father to cancer at the tender age of twelve, I have obvious reasons to be drawn to this idea. I can't begin to explain what it would mean to me to actually communicate with my dad, to show him the books I've finally put into the world and see his big smile, to hear him tell me how proud he is of me.

So in Moonshadow's Guardian, necromancy is a complex thing. It has potential to be evil, and indeed the greatest evil known to this kingdom is a necromantic curse. But necromancy also has the power to be used for good. Necromancy allows people to enjoy second chances at life, to communicate with their loved ones, and to gain closure. In some instances, it's even used as part of murder investigations.

There may be no clear answers on the ethics of necromancy in Moonshadow, but one thing is for certain: they have the same fascination with death known throughout human cultures right here on Earth. All Riana has ever wanted is freedom. Unfortunately, that’s the one thing her kind cannot have.

Bound by the curse in her demonic blood for millennia, Riana has tried several times to bend the rules and live out her life in the mortal realm. Now her consistent rule breaking has drawn the attention of Loki, God of Mischief, the main tormentor of Riana’s kind. But instead of punishing her, he offers her the escape she has always desired. All she has to do to is save the kingdom of Moonshadow from a mysterious magical plague.

Armed only with the inherent power of her own blood and Loki’s pet dragon, Riana is determined to fight for the right to create her own destiny.

However, when her mission forces her to destroy the last remnants of an ancient culture, Riana must ask – what is freedom really worth?

Moonshadow’s Guardian is a tale about the meaning of belonging, and the struggle to create a future not defined by your past.

Pre-order your copy on Amazon and Kobo now! Your copy will magically appear on November 17th. 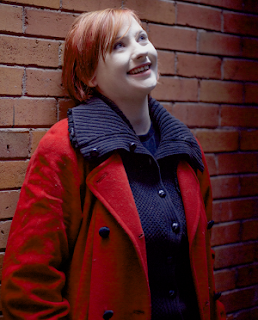 Dianna L. Gunn is a freelance writer by day and a fantasy author by night. She knew she wanted to be a writer since she was eight years old. Dianna wrote her first novel for Nanowrimo at eleven years old. As an adult,Dianna quickly discovered writing books is not an easy way to make a living. So she decided to broaden her horizons, seeking another career that still allowed her to work with words.

Her freelance writing career started when she became a marketing intern at Musa Publishing in September 2011 and quickly became a staff writer in charge of multiple imprint blogs. Since then she has worked with a variety of small businesses and non-profits to improve their online brands and create long term marketing strategies. Some of her most notable work has been for the tech education non-profit STEAMLabs and natural dog care company ProPooch. She is dedicated to helping her clients build successful brands and making their dreams come true.

Need help creating awesome content for your business? Send an email to diannalgunn@gmail.com explaining what your needs are, and she will help you.

When she isn’t helping her clients bring their dreams to life, Dianna can be found working on her own dream of being a successful fantasy author.

Dianna blogs about writing, creativity, and books at The Dabbler.