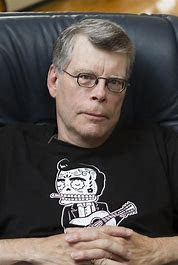 I like to read writing advice from other authors. Many times, I find really great ideas that help improve my own abilities. For example, in On Writing, Stephen King (2001) recommends listening to music to help a writer block out the world and focus on the work at hand. I have multiple dedicated writing playlists for just this purpose.

Certain advice, though, does not resonate with me. For example—certain writers suggest modeling villains after people in your own life that you dislike. I would find that difficult advice to implement in my writing.

First—there is the time factor. Writing a novel generally takes time. Even if a writer aims for a thousand words a day of good, solid prose, the writing stretches into months. Imagine this time actively thinking about people you do not like. This would not be an enjoyable activity in my perspective.

As a writer, I want to like my villains. Not everything that they do—many of their activities to me would be morally objectionable. But I need to understand them—to know why they are doing certain activities so that I can put this down on the page. I need to sympathize with their motivations and to realize that, in most instances, the villains do not see themselves as evil. These characters need the same depth as the heroes or, in my opinion, they will never be more than a caricature. 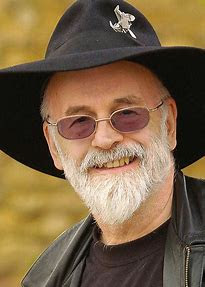 In Witches Abroad, Terry Pratchett (1991, p. 185) has the villain of the story, Lilith, make the following comparison:

“She wondered whether there was such a thing as the opposite of a fairy godmother. Most things had their opposite, after all. If so, she wouldn’t be a bad fairy godmother, because that’s just a good fairy godmother seen from a different viewpoint.”

This is not the only type of villain in literature, but it is the type that I tend to find the most interesting. It is why I can sympathize with Khan in Star Trek (both in Into Darkness and in Space Seed) and Loki in The Avengers while at the same time being morally appalled by many of their actions.

There are obvious exceptions to this—Sauron in The Lord of the Rings trilogy does not generate sympathy for many readers, (although Tolkien does give him a fascinating history in The Silmarillion that explains his fall into darkness) but the Nazguls always had a touch of sympathy to their story for me because they were tricked by Sauron into becoming the Ring Wraiths. The detail and care that Tolkien invests into the story keeps these characters from being caricatures.


Allow me to introduce you to my villains. I hope you enjoy reading about them as much as I did writing them. 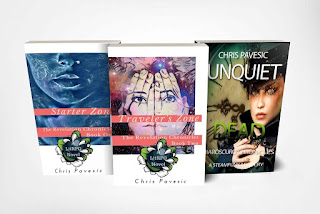