A Warm Welcome for Autumn

This recipe is hearty, delicious, and healthy. Hard to beat a trio like that. Add a crusty roll, salad, and your favorite beverage to create a superb lunch or dinner. 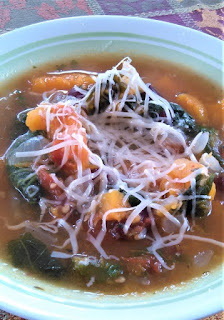 Heat oil in soup pot/Dutch oven over medium-high heat. Add onion and celery; cook and stir 5 minutes or until onion is softened.

Add kale. Cover and cook 10 minutes or until tender.

Ladle soup into bowls and then sprinkle with cheese.

Why not read a good book while you enjoy your soup? May I suggest one of the books from my LitRPG series The Revelation Chronicles? ? 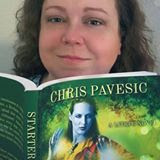