Thoughts Running Through My Mind

Hello. Yes, it is me again. 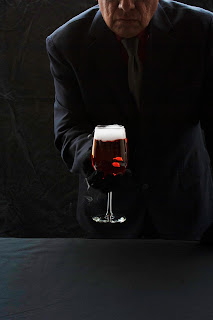 I am just doing a little musing, as usual. As a writer that is what I do—and watching people, the way they speak, their mannerisms, the way they dress, and even how fast they walk. Regarding females, there is the scent of perfume that lingers in the air from their passing (my favorite, by the way, is Patchouli). All of that is a big part of fiction writing especially as it applies to developing characters. People-watching, in addition to sometimes sparking an idea for a story, can also lead to questions.

Sometimes I wonder what secrets people have—either because of a real wrong-doing or because they have interests and experiences that society might condemn them for.

Granted, a murderer or stalker is rightly condemned, but, oh, say, a husband and wife who add a third person to their bed?

In my humble opinion this is the lesser of many evils; though this is not for everyone, particularly those in weak or shaky relationships, or consumed by jealousy, I am sure there is a small minority who enjoy having a third person in their bed. Or the wife (or significant other) being in another man’s bed.

And unlike fiction or even real life, you do not have to be rich, handsome or beautiful, or a psychological mess, a university student or corporate tycoon living in New York City or Paris or Rome, to enjoy such forbidden pleasures. Ordinary people in Nebraska or Kansas can enjoy such pleasures like the high and mighty. It might even be that ordinary, everyday people have more fun doing that.

Then too, as someone once remarked (paraphrased), “It’s not the destination, but the journey.”

Oh sure, the destination can be wonderfully lusty and fun and satisfying. But perhaps the journey can be fun too.

After all, when a man puts on his best suit in preparing to a meet a husband and wife for the first time, is he excited and filled with anticipation? Imagine yourself as that man.

Imagine your journey to a meeting at a bar or restaurant. Can you feel the excitement and anticipation building toward that moment when all lay eyes on one another? Maybe your hands are a little clammy. Maybe you feel too warm. Perhaps time and the car are moving too slow; you wish everything would speed up. And the moment arrives—everyone meets! There are friendly yet cautious greetings with appraising looks. And if, over a few drinks and appetizers, or dinner, everyone “clicks” and all of you agree to a private drink…

Yet there are those who would condemn you for your carnal pleasures.

But, do you really care? After all, no one is hurt in the process, society does not come apart at the seams, and world peace is not threatened.

Yes, the journey counts, but it is the destination that promises the richest reward.

So tell us, when might your imagination become an unforgettable reality unknown to the rest of the world, if only for one time? 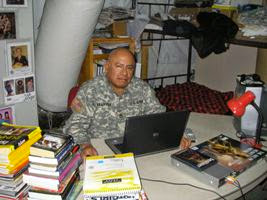 Stan Hampton, Sr. is a full-blood Choctaw of the Choctaw Nation of Oklahoma, a divorced grandfather to 13 wonderful grandchildren, and a published photographer and photojournalist. He retired on 1 July 2013 from the Army National Guard with the rank of Sergeant First Class; he previously served in the active duty Army (1974-1985), the Army Individual Ready Reserve (1985-1995) (mobilized for the Persian Gulf War), and enlisted in the Nevada Army National Guard in October 2004, after which he was mobilized for Federal active duty for almost three years. Hampton is a veteran of Operations Noble Eagle (2004-2006) and Iraqi Freedom (2006-2007) with deployment to northern Kuwait and several convoy security missions into Iraq.

In May 2014 he graduated from the College of Southern Nevada with an Associate of Applied Science Degree in Photography – Commercial Photography Emphasis. A future goal is to study for a degree in archaeology—hopefully to someday work in and photograph underwater archaeology (and also learning to paint).