Savor the Good Taste of Life 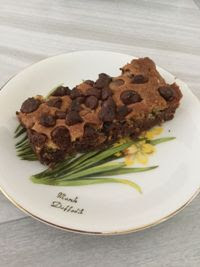 Mix sugars, butter, vanilla and egg in large bowl. Stir in flour, baking soda and salt (dough will be stiff). Divide dough. Set half of the dough aside for later.

Bake both pans for 25-30 minutes or until light brown (centers will be soft). The chocolate chip dough will cook faster than the butterscotch dough. Cool and then slice into bars.

Enjoy a brief glimpse into my latest novel Travelers Zone , book two in The Revelation Chronicles series, while you much your fresh Cookie Bar.