A Recipe for Seduction

Artichokes were a favored aphrodisiac of Catherine de Medici and Henry VIII. They were considered so powerful that they were allowed for men only, which de Medici defied. It was scandalous for a woman to eat artichokes in the 16th century.

Pine nuts have been used in love potions for centuries because they are high in zinc and are valued as an aphrodisiac because of that mineral.

This is a recipe for seduction.

So smooth you can tip a warm bowl of this aphrodisiac-filled soup to your lover's lips on a cold night and light your fires. 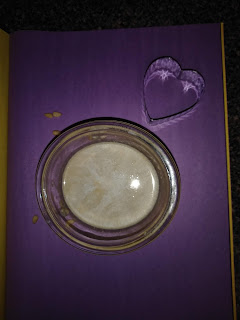 Combine all ingredients into a medium saucepan. Stir until mixed. Bring to a boil. Reduce to a simmer. Cover and cook for 15-20 minutes or until artichokes are soft.

Transfer soup to a high-speed blender or food processor and pulse until smooth. Strain the soup with a fine sieve.

Lovers Soup was inspired by this scene with Carter and Brittany from my latest paranormal romance. 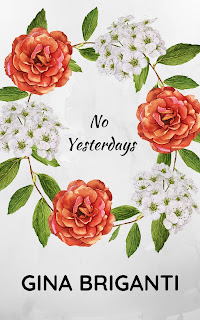 Brittany has shy down to an art. Maybe she needs a push. It’s been years already!
Jack is stubborn personified. Push, push, push.
Jason is having the time of his life in college. All those beautiful women. Ha ha. Not the plan.
Rowan is convinced that his soulmate didn’t incarnate with him in this lifetime. Surprise!

Forget slow and steady, fate has plans for these four couples!

There’s no looking back now.

There are No Yesterdays.

“Don't remind me.” He put his hand over his eyes. “I had no idea you were staying away from me because you were sick. How'd you like that spinach soup I made for you?”

“No one knew, Carter. I like the soup. I eat it all the time. I even made a batch, and you know what? It's better than yours.” She pinched his calf.

“You got your spunk back. Maybe more than I ever knew was missing.” He cocked an eyebrow, waiting for her to say whether or not the whole time they'd been together she wasn't entirely herself.

When she didn't answer he went on. “Now, about this vacation. I'm allowed to treat you to a few days in a place you've never been, right? Let's pick somewhere you've always wanted to go and just go. You have two weeks off. I can take time off. Dana said she'd cover me.”

“A cabin in the woods, no, let's go to Vegas, or, hmmm, we could go to New York. I've always wanted to see it.” She flopped down on the bed next to him, then sprang back up. “Carter, I love you so much! A vacation, a real, honest, vacation.” 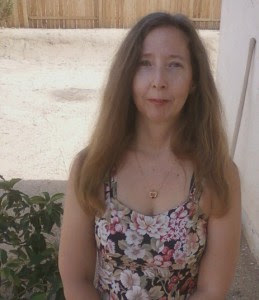 Gina Briganti writes paranormal, fantasy, and sci-fi romance in north Texas. Her constant companion is a special soul who masquerades as a dog.

Visit her website and blog for book trailers, newsletter sign up, and whatever else she thinks up.