Film siren Elizabeth Taylor had the art of the eyebrow down pat.
When I was a teen, I had rather thick eyebrows. While beauties like Elizabeth Taylor rocked alluring broad brows, the trend was starting to fade by the 70’s, so I would suffer some brow cruelty, initially afflicted upon me by a well-coiffed woman wielding a pair of weaponized tweezers.

When I was 17, I was awarded a scholarship to the John Robert Powers Modeling School, an unwanted prize my mother hoped would make me more feminine. Note that she truly wanted a girly-girl, one who would take delight in being swathed in dresses and heels. Clearly, since I favored jeans and sweatshirts and tended to clomp around like a Clydesdale on those rare occasions I was forced into pumps, I wasn’t fulfilling that dream.

The only thing I remember about my stint at modeling school was that I hated it. All these years later, I have virtually no recollection of what I did while attending those classes, the memories a black hole save for one miserable moment.

A poised, splendidly-attired woman strode to the front of the room, gliding on pointed heels, chin up, eyes wide. “Today’s lesson will be on the importance of properly maintaining one’s eyebrows,” she said prettily.

I recall being bored, longing to be outside somewhere, as she held up those silver tweezers. Then, she pointed one manicured hand my way and waved me to the front of the room. She smiled, an expression that, in hindsight, bore a sadistic hint. After ushering me to a chair, she disparaged my brows, explaining that such wanton neglect was unacceptable.

I froze as she brought the tweezers close to my right eye, and winced as she plucked. Throughout her lesson, she continued to yank at my offending brow as if to place emphasis on her syrupy words. 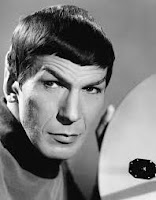 Looking back, I can’t reckon why I allowed her to persist. I also can’t figure why she picked me. It’s not like I had something Fridaesque sprawled across my forehead or a set of brows like Mr. Spock.

While it was perfectly acceptable for an alien from Vulcan to sport such expressive brows, for a 17-year-old girl in the ’70s, not so much.

When she finished, she motioned to my sore, red brow, assured the students that the tinge would soon fade, then placed the tweezers in my hand and instructed me to pluck the other brow myself. While I was relieved the assault had stopped, the thought of using the tool on myself made me queasy. Because memories mercifully fade, I don’t recall how I ultimately handled those mismatched brows.

Years later, while working at WROC-TV in Rochester, New York, my beleaguered brows took another hit. Since the newscast was in progress, I was the only one in the newsroom when the phone rang. The woman caller wanted to know if I would get a message to that woman sportscaster. Without revealing my identity, I assured her I would.


“Tell her that I hate her eyebrows,” she said. 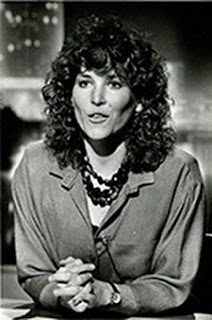 What propelled a viewer to take the time to make such a call, I cannot say. What I recall was hustling to the make-up mirror and staring at my eyebrows for a very long time.

I have learned that, as we age, our eyebrows naturally thin. Strangely, I am a bit wistful at what I’ve lost, especially considering that the tide has again turned. I read that fashion folks say we are currently in the decade of the eyebrow. YouTube has half-a-million tutorials on how to perfect your brows, and there are brow tattooing and transplants and tinting and threading, for those who suffer eyebrow envy.

I wonder if such procedures are painful, and then think of the woman with the tweezers and the brow beating she inflicted. I don’t think I’ve forgiven her, yet. Can you blame me?

Here's a little from my suspense novel based on a true incident. I hope it intrigues you.

As a Vietnam veteran and former Special Forces sniper descends into the throes of mental illness, he latches onto a lonely pregnant teenager and a group of Pentecostal zealots – the Children of Light – who have been waiting over thirty years in the Arizona desert for Armageddon.

When the Amtrak Sunset Limited, a passenger train en route to Los Angeles, is derailed in their midst in a deadly act of sabotage, their lives are thrown into turmoil as local and state police, FBI investigators, and a horde of reporters arrive on the scene. As the search for the saboteurs heats up and the authorities question members of the cult, they uncover more questions than answers.

And then the girl vanishes.

As the sniper struggles to maintain his sanity, a child is about to be born deep in the wilderness.

Email ThisBlogThis!Share to TwitterShare to FacebookShare to Pinterest
Labels: A Light in the Desert, Anne Montgomery, eyebrows, mystery, suspense