With all the cold and snow, it seems a hot game of strip checkers is in order. :) 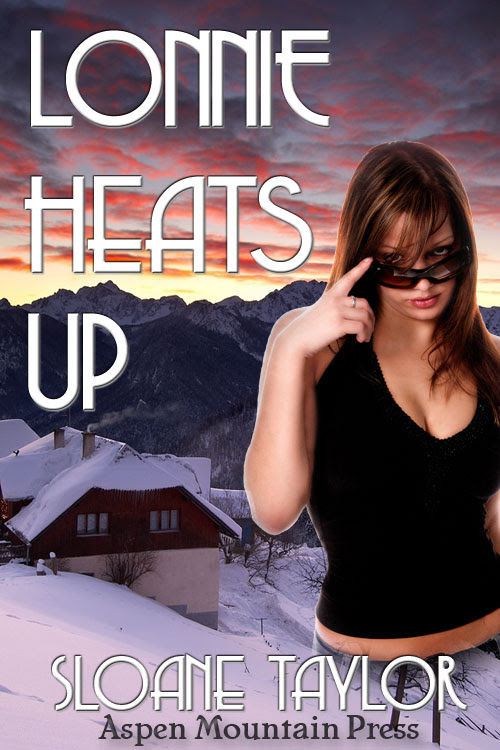 BLURB:
Lost in the Austrian Alps, psychologist Lonnie Copley is forced to accept help from a Hell’s Angel wannabe. She never expected to be trapped with the Aryan god in deserted Castle Flophouse.

Disgusted with cleaning up his client’s dirty lives, attorney Wolfe Deider is in major career throes. He doesn’t need some insolent woman mucking up his mind, even if she does have a mouth made for kissing.

EXCERPT:
He shoved a red circle onto the appropriate square. She concentrated for a moment then moved her black disk onto the square that forced him to conquer her. He considered the consequences and decided she was just as eager as him to get into bed.

“I believe you lose your first disk, Eleanor.” His dick was tingling as she frowned.

“Guess so.” She kicked off a boot. Grinning, she lifted a black checker and slowly jumped his disk then glanced up. “Not just yet, Herr Deider. You see? I have another move.” She swooped up the next disk.

Both of his shoes clomped to the floor. Apparently she was not as easy as he thought.

He leaned across the board, his elbows propped on the table. A strategy was mandatory if he wanted the outcome in his favor. Looking her in the eyes, he slid a disk on the diagonal keeping his finger on top of it.

She glanced down, a slow smile tweaking her lips, and raised her hand as if to play.

“Not just yet, Eleanor.” He slid the red circle back onto its original square. “I think this is a better move,” he said as he crossed jumped two of her disks.

She never flinched. Her other shoe hit the floor, followed by a sock.

“You are a good sport.” He raised his glass in a salute. “If not my best opponent.”

“And you may live to regret those words, mister.”

Another play on her part and he pulled off both of his socks.

He moved, she snorted, and flung her other sock into the air.

She made an outstanding move he never suspected. His shirt flew onto a side chair.

With a grin he glanced up. The doctor did not look as if she were enjoying herself. Her wine left untouched. Perhaps she will enjoy herself later, he thought as he conquered another checker.

She grabbed her sweater at the hem. Slowly peeled it up her body and over her head then tossed it onto the floor. Her low cut purple bra barely covered her puckered nipples. And his dick stood at attention.

His hands shook as he lifted another red disk over her black one.

She slid back the chair then stood. Her graceful fingers worked the button free. The rasp of her zipper was the only sound in the room. Wolfe held his breath as she wiggled the pants past her curvy hips. She glanced at him over her shoulder with the look of a woman who knew what she wanted. Her hands glided over her sleek ass, guiding the material down her long, toned legs. She bent over to pull them off and he almost came at the sight of her ass cheeks gripping a purple thong.

With the next move his stack of black disks grew taller and his balls ached.

In a quick motion, she swiped a strand of hair from her face. Gracefully she reached behind with both of her hands to unhook her bra. Her shoulders stretched back and her breasts thrust forward. And his cock throbbed.

With one arm under her bra, she brought the other across, hiding his view of those beautiful more-than-a-mouthful tits, and slid down the strap. She changed the position of her arms and peeled down the other satin strip. The bra fell into her lap and he clenched the table. Her rosy nipples were right there, budded, and inviting the touch of his hands and lips until she screamed his name in her orgasm.

He did not care how he lost the game. He would throw it if he could just get off his damned jeans and give his cock some room. No matter what move he made she did not fall into his trap of jumping him.

His cock swelled larger, the pain intense but sweet, as he added her last disk to his pile.

She stood, her breasts bobbing from the movement and his mouth watered. If he did not slip inside her hot pussy soon, he would come in his pants.

I'll be back tomorrow with author Marie Treanor. Be sure to stop in. Until then...

Sloane Taylor
Sweet as Honey...Hotter than Hell
www.sloanetaylor.com
Posted by Sloane Taylor at 8:59 AM