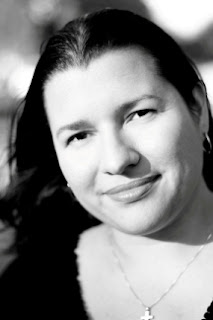 I’m pretty sure that if I had been an extrovert instead of an extremely shy, nerdy introvert I’d be in a rock band. And yes, I can actually sing, but my throat gets dry and seals itself shut the moment someone asks me to sing for them. So instead of being the next Gwen Stefani, I listen to music while I write. Some of the scenes in First Frost and Glass Frost (the upcoming sequel) were actually inspired by certain songs.

For some reason I always start listening to Imogen Heap before I start writing. I love her music, it has such a dream-like quality to it and sometimes I feel as though it takes me to a completely different place in my mind. One of my favorite songs of hers are: "Hide and Seek", "Let Go", "The Moment I Said It", "2 – 1", "Can’t Take It In" and "Glittering Cloud".

The song "The Cave" by Mumford and Sons inspired a scene in First Frost. It was this particular part of the song that made me stop and think:

I could picture Bianca with black ribbons around her neck as Queen Mirabel slowly drained the life out of her. What was amazing to me was how clearly I could imagine this happening to Bianca so it became my goal to get my characters to reach that point in the story. And then I had to ask myself will Bianca survive? Who will come to her rescue? What will happen to Mirabel afterwards?

Last year while I was thinking about the sequel to First Frost I was listening to "The Catalyst" by Linkin Park. I hadn’t written a single word yet, but as I listened to this song I had a clear image of Bianca crawling out of a pit. I was driving at the time (which is a dangerous thing to do if you have my brain because I literally go somewhere else when I’m writing) and I just burst into tears. I wanted to know what happened that made Bianca fall into that dark place. How was she supposed to get out of there? Why wasn’t there someone there to help her? So that was another plot point that I could reach.

Like memories in cold decay
Transmissions echoing away
Far from the world of you and I
Where oceans bleed into the sky
Lift me up, Let me go

It was that particular part of the song that just got to me for some reason. I can’t wait for you all to read that scene in the book. I hate torturing my characters, but sometimes that’s the only way they will learn and grow.

Another song that inspired a scene in Glass Frost is "Shipping Up to Boston" by Dropkick Murphys (yes, my taste in music is ALL OVER THE PLACE). I can’t really tell you about it because it’ll ruin part of the book. But I can say that Bianca learns a very harsh lesson on karma.

"Enchanted" by Taylor Swift. When I first heard that song I could only think of Bianca and Terrance dancing to it. I love the romance that has blossomed between them. Their relationship goes through many trials in the sequel. I really push them to the edge and I test their resolve to stay together. I do everything in my power to see if these two characters really are meant to be together.

I also listen to classic music when I write, because sometimes the lyrics get jumbled up in my mind and get in the way of my writing. I’ll sometimes listen to Mozart, Beethoven and Vanessa Mae’s album "Storm". I’ve also been listening to Vitamin String Quartet Performs Imogen Heap, all of my favorite songs of hers are played by a four string quartet.

Again…I love music. I think it has the power to transport you to another place in time. It can inspire you to write (even when you think your creative well is dry). It’s one of the few things that can touch your soul. Anyway, I hope you enjoyed my post and definitely check out some of the singers and bands I mentioned. You never know, it might inspire you to write something. ;)

Below is the outcome from the inspiration Liz posted about. I think you'll enjoy it. 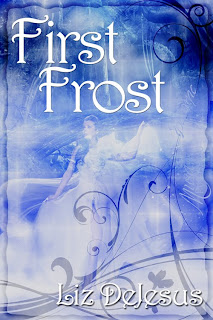 For generations, the Frost family has run the Museum of Magical and Rare Artifacts, handing down guardianship from mother to daughter, always keeping their secrets to “family only.”

Seventeen-year-old Bianca Frost wants none of it, dreaming instead of a career in art or photography or…well, anything except working in the family’s museum. She knows the items in the glass display cases are fakes because, of course, magic doesn’t really exist.

She’s about to find out how wrong she is.

To read an excerpt from First Frost, please click HERE.

To purchase First Frost, please click one of the vendors below:
Musa Publishing
Amazon
Barnes and Noble