The Truth Behind the Legend 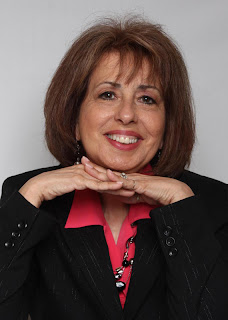 I read somewhere that almost every author’s first attempt at writing is personal. Perhaps it is a story from their past that has haunted them and needs to be released. But it also said that most of those stories don’t make it into the world. Once written, they sit on a shelf, while their creator moves on to more adventurous and exciting projects. I read this after completing my middle grade novel, The Legend of Ghost Dog Island, and thought perhaps this was my cathartic tale that would go unpublished.

The Legend of Ghost Dog Island is indeed a personal story. I wanted to tell the story of the Louisiana Cajuns. Ask a child today about Cajuns and they may tell you that it is about hot food, or about shooting alligators (Incidentally, I started my book long before Swamp People over took the History Channel.) I figured there was no better way to tell the story than to start with my own childhood.

I was raised in the Louisiana bayous. My father trapped and fished crabs for a living, and moved our family three times a year in search of better fishing spots. Being new in school was common place for me. My father was also fond of telling legends about what might be living in nearby swamps. Perfect for a children’s story, right? My historical fiction novel, set in the 1950s, is told through the eyes of my ten-year-old protagonist, Nikki Landry. But it would be rather boring if she’d stuck strictly to my routine, so Nikki (braver than me) sets out to discover the truth behind one of the legends she feels poses a threat to her dog, Snooper. She gets herself into trouble more than once, and has many spooky mishaps and adventures, but in the end, Nikki discovers the truth and solves the mystery behind the decade old legend.

However, being true to my mission, I made sure to inject some of my father’s stories about the lifestyle and treatment of the Cajun (Acadian) people of his day, and about learning a new language… something today’s immigrant children might relate to. Heads up librarians! I’ve included an author’s page, which encourages more reading about the history of the Acadian people and their exile from their homeland in Canada.

I wish to thank Musa Publishing for believing in me and my debut novel The Legend of Ghost Dog Island.

Papa says every legend starts with a truth. But what is the truth behind the legend of Ghost Dog Island? BLURB:
Moving is nothing new for ten-year-old Nikki Landry. Her fisherman father relocates their raggedy old houseboat several times a year in search of better crab fishing spots. However, their latest move has brought her to a mysterious bayou where she feels like something is watching her and her beloved dog Snooper from a nearby island. But when Papa tells her about a local legend that something sinister might be living nearby and stealing the souls of dogs, she fears for her constant companion’s life. Join Nikki as she seeks to discover the truth behind the legend…before it’s too late.

EXCERPT:
Mama closed the door behind her. She knew once Papa got going on one of his tales, there was no stopping him.

The last traces of daylight seemed to disappear in a hurry, as if Papa had ordered it away. The glass globe of the kerosene lamp clinked. He touched a match to the wick and adjusted the flame until it filled the room with pale light and gray shadows. He motioned me to sit next to him on the worn sofa.

I hurried to his side, not knowing what spooky legend he was going to tell this time. But as scared as I’d get, I always enjoyed hearing ’em.

“Mais, there’s a legend told around these parts.” That was how they always started out. He leaned down so the light from the lamp made eerie shadows across his face.
I rolled my eyes, determined not to get spooked this time.

“Folks say there’s something living out yonder,” he went on. “Legend has it the monster lures dogs to the island using evil spells. Then at the peak of the full moon, they’re turned into hollow spirits with glowing eyes.” Papa put on his eeriest sneer. “That there’s Ghost Dog Island.”

“Ghost dogs?” I pulled my knees up against my chest and wrapped my arms around ’em tight. My mind conjured up images of a huge monster with drippy fangs and dogs with bright yellow eyes. I thought about the feeling I had of something watching us. Was there really a creature out there? Did it have its eye on my best buddy? I shuddered.

IEEEOWWWOOOO-oooooooo! The howling sound echoed again across the bayou.

Rita Monette was born and raised in Southwest Louisiana. After retiring from her “real” job as an administrative assistant, Rita began doing what she always wanted to do…write and paint. Five long years later, Musa Publishing offered her a contract for her debut middle grade novel, The Legend of Ghost Dog Island, which also includes her artwork. Her stories are set in the beautiful, yet mysterious, bayous and swamps of her home state. Rita now resides with her husband, four lap dogs, and one lap cat, in the mountains of Tennessee.